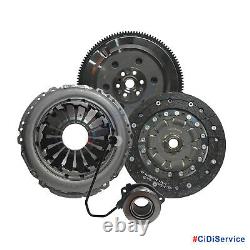 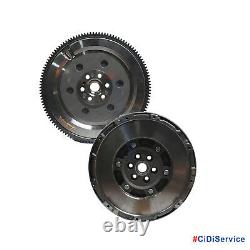 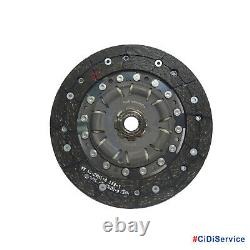 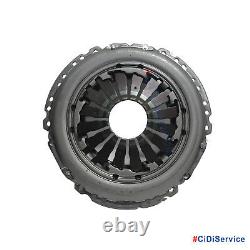 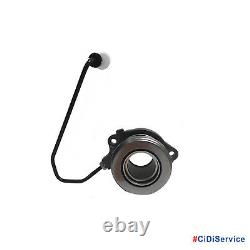 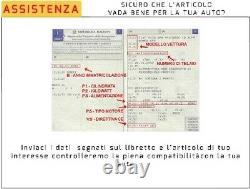 The rise in power of luk began with the activity of series clutches with disc spring. Today, the supply is much wider: in addition to developments in the clutches sector, behind the concept of clutch systems, there is also the overall "clutch and control" assembly, in other words, the release systems. Clutch disc The clutch disc is the central binding element of the clutch. With the thrust ring, it separates and connects the engine and the transmission line. It also reduces the speed variations in the gearbox caused by the thermal motor.

The trend is towards ever-higher engine torques. Optimized bodies in the wind channel produce less wind noise. New calculation methods help reduce car weight and lighter designs increase engine efficiency. The fifth or sixth gear of the gearbox also reduces fuel consumption. Fluid oils facilitate the accuracy of the engagement. In short: noise sources increase, natural damping decreases. The principle of the piston engine remains, which with its periodic combustion processes stimulates torsion vibrations in the transmission line - the unpleasant consequences are the ratcheting of the gearbox and the rumbling of the body. Drivers accustomed to today's comfort no longer accept this type of noise. In addition to separation and connection, the task of clutching to effectively isolate the vibrations of the engine is now more important than ever. From a physical point of view, this resolves easily: the moment of inertia of the gearbox masses must be increased without increasing the mass to be engaged. In this way, the torsion vibrations of the engine are cushioned and the desired comfort is created. In addition to this, the gearbox is also unloaded. The name is a program as the first manufacturer in Europe, Luk has succeeded in developing and providing a dual-mass inertia steering wheel for serial production with which to realize this physical principle.

The name already says: the mass of the traditional motor steering wheel has been divided. One part continues to compose the moment of inertia of the motor masses. The other part, however, increases the moment of inertia of the gearbox masses. The two decoupled masses are connected via a spring/shock absorber system. A clutch disc without torsion damper between the secondary mass and the gearbox ensures separation and connection.

Favourable secondary effect: it is easier to operate the gearbox because less mass to synchronize, synchronization is less used. Composition they fly luk clutch luk holder of valeo plumber stop. Modern engines can operate at extremely low speeds. The principle of the piston engine remains, which with its periodic combustion processes stimulates torsion vibrations in the transmission line - the unpleasant consequences are the ratcheting of. 415067810 + 622313209 + 810034.

Service" and is located in/in bracciano. This item can be shipped to the following countries: america, europe, asia, australia.